Home News & Info Slay Queen Opens Up, Says Any Man Who Sleep With Her Will... 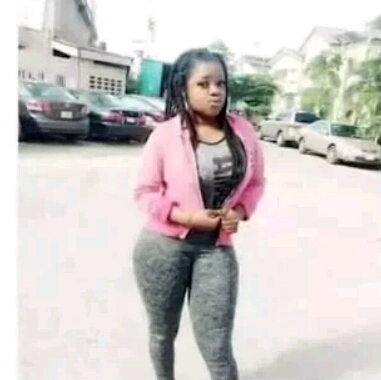 Slay Queen Opens Up, Says Any Man Who Sleep With Her Will Go Wretched And Broke (GRAPHICS)

A Nigerian slay queen has got her self trending online after making a shocking revelation that any man who sleeps with her will go wretched and broke.

Identified as Queen Lisa Lisa on Facebook, the slay queen took to a group on the social media platform to open up about how she possess some spiritual powers that is capable of absorbing a man’s destiny and blessings.

Lisa revealed that every success and destiny of any man she sleeps with becomes hers, and the victim would remain wretched for life.

Lisa’s post reads: “ Once I sleep with a guy his destiny and success becomes mine and he’ll be wretched for the rest of his life. Temple Queen. ”

However, while her claim is bizarre, many are of the opinion that Lisa may have done the post to create a certain impression of her to every user that may have seen it. Even though no one knows how genuine or real her claim could be, the message is chilling enough to deter Casanovas.

GET FREE PROJECT TOPICS AND MATERIALS

Open chat
Powered by
Hello,
How may we assist you please?
× How can I help you?